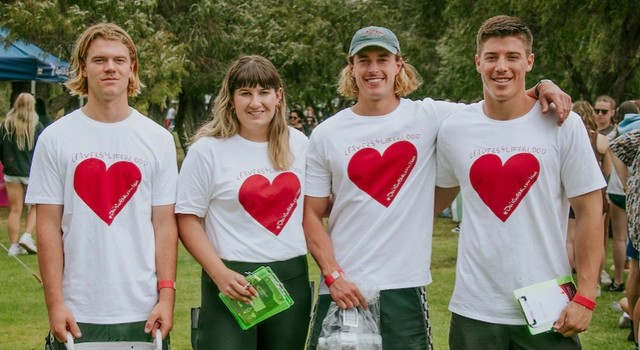 A Western Australian mother is continuing the mission of her late son, taking to the streets of school leavers’ celebrations this week to encourage young revellers to register as blood donors, ABC News reports.

Kristin Wilson’s 18-year-old son Blake died from leukaemia in November 2020, just two weeks before he was meant to embark on leavers celebrations with his mates in WA’s South West.

“It was a heartbreaking time as Blake’s fight with Leukaemia was never supposed to end that way,” she said.

Blake spent 18 months fighting blood cancer, a battle which Mrs Wilson said would have been shorter if not for the hundreds of blood, plasma, and platelet transfusions he received.

“He wouldn’t have probably survived more than three months after his original diagnosis … without those transfusions,” she said.

The Dunsborough local said travelling to leavers to spread the word about being a blood donor was Blake’s idea.

“He was a smart kid, he often astounded his doctor’s with his ideas … he just said ‘look, when I’m well let’s talk to these kids. They’re all standing in queues waiting for their tickets’,” Mrs Wilson said.

“Once they start donating they’re a donor for life generally because people realise how rewarding it actually is.

“He just wanted them to know how important it is for people to be blood donors.”

Unfortunately Blake never got the chance to carry out his mission.

But at the 2021 leavers celebrations Mrs Wilson, along with some of her son’s best mates and a team of professionals, convinced 1,078 leavers to register their interest as blood donors as part of their Leavers4LifeBlood campaign.