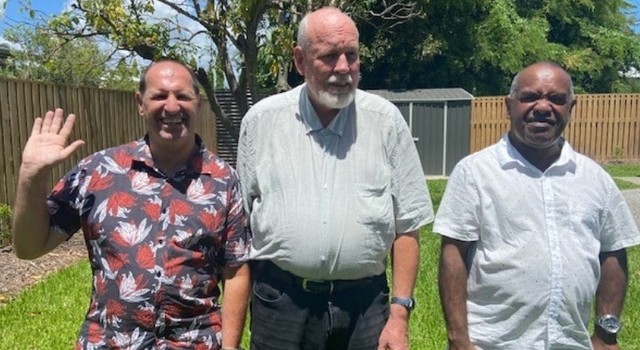 Mates get forever home for Christmas

Longtime friends John, Malcolm and Brendan knew months ago where they wanted to set up the Christmas tree in their new house — now they’ll get to do it, ABC News reports.

This week the men, who all live with an intellectual disability, were given early Christmas presents — the keys to their brand-new, purpose-built ‘forever’ home in Townsville.

John Galligan, Malcolm Growns and Brendan Duncanson are not only housemates, they are friends and also work colleagues.

They love being able to live independently with assistance from their support workers, but for a while now, they have needed more suitable housing.

All three of the men work for the Endeavour Foundation charity, pulling apart electronic devices and televisions for scrap metal.

Yesterday, the charity presented the men with gift boxes containing door keys at a ceremony to celebrate the completion of their new house.

The Endeavour Foundation’s interim CEO, David Bower, said the home built for Mr Gowns, Mr Galligan and Mr Duncanson had been specially designed to enable them to live there together for many years to come.

“If they do need support as they grow older, the home can accommodate that,” he said.