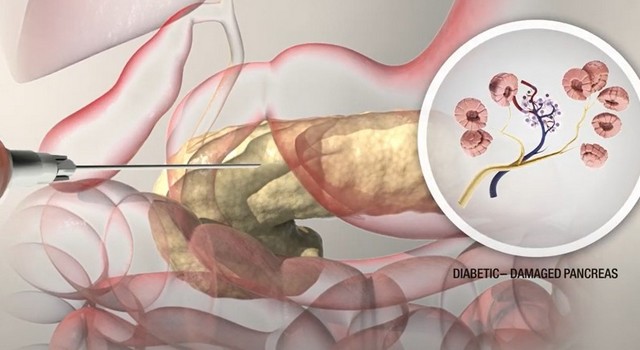 A possible new treatment for diabetes sufferers could be on the horizon as scientists flag a promising next step.

The world-first research from Melbourne's Monash University could provide relief for millions, after researchers found a successful way to 'reprogram' damaged pancreas cells into producing insulin.

The breakthrough could potentially eliminate the need for daily insulin shots in the future.

Diabetes is a chronic illness which occurs when the pancreas doesn't produce enough insulin— the hormone that regulates blood sugar.

Researchers have been able to alter stem cells from the pancreas of a Type 1 diabetes donor by using cancer drugs to 'activate' dormant cells, which were then able to produce insulin.

Dr Keith Al-Hasani from Monash's department of diabetes said while a potential treatment utilising this research is still far away, it's a step towards helping diabetics better manage the condition.

"This is a big breakthrough because there are over 500 million people that suffer from diabetes."

He said with the escalating rate of Type 2 diabetes diagnoses world wide, finding a manageable cure is becoming more urgent.

f successful in human trials, the research could form the basis of a new treatment for both type 1 and type 2 diabetics, eliminating the need for daily insulin injections. (AP)

'This is a big breakthrough': New research could be key to curing diabetes (9News)

Scientists from Monash University have been able to alter the cells of a donor type 1 diabetic pancreas, 'reprogramming' the damaged cells to produce insulin. (Monash University)