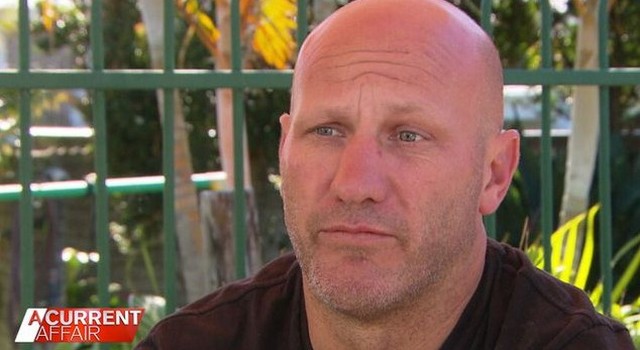 A Sydney tradie has been hailed a hero after taking it upon himself to find an elderly man with dementia, who had been missing for two days, 9 News reports.

Jono Mosley not only saved a life, but he caught the heartwarming moment on camera.

Elwin has dementia, so when he went missing from his aged care home in Sydney's south, police acted quickly.

A large-scale search was launched and geo-targeted texts were sent to locals, including tradie Mosley, who chose not to ignore the message for help.

"Saw he was missing in the national park and decided to put a post up on the Saturday night on the Engadine Heathcote community page just to say that 'if anyone's running in the bush this weekend let's go to Heathcote area and let's try and see if we can find Peter'," Mosley said.

The father, who enjoys going for a run in the bush, headed to the area where Elwin was last seen, armed with a high-vis vest.

"Called out 'Peter' then carried on walking. After about 500 metres I thought 'this is crazy. What am I doing? I'm never going to find this guy', but I carried on walking and about a kilometre in, shouted 'Peter' and the next minute, he responded," Mosley said.

"Are you OK buddy? How long have you been here for?" Mosley asked in footage from when he found Elwin.

"He had a singlet on and trackies on, he was lying on his back, he was clutching sticks and some bark and that and obviously, physically, he looked cold," Mosley said.

Mosley hoped to find Elwin, but didn't plan on what he'd do in the unlikely event it actually happened.

"I tried to phone triple zero and I got cut off a couple of times – probably my phone – and then I got through and they're like, 'where are you'? ... and I actually wasn't sure where I was either, so I was trying to explain to them where I was and it cut off again and I was freaking out a little bit," Mosley said.

So he turned to social media.

He uploaded a photo of Elwin and a screenshot of his location to a local community page.

"A lady arrived about 10 minutes later on a mountain bike with her son and she brought a sleeping bag," Mosley said.

That lady was Isabel Kelly.

The pair put the sleeping bag over him and waited for emergency crews.

Family dedicates life to those in need A battle to be understood