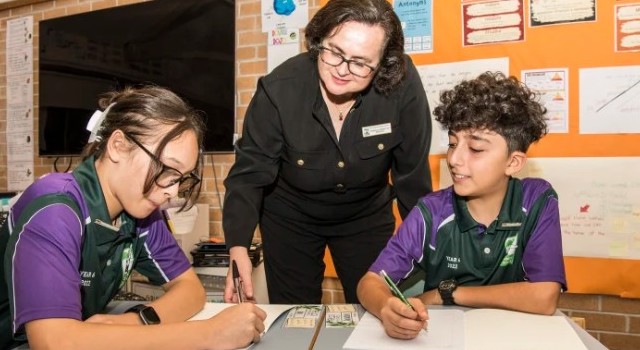 Less than three years ago, students at Minchinbury Public School were struggling to read and interpret even simple texts, the Sydney Morning Herald reports.

Principal Rebecca Webster said she knew something had to change and the western Sydney school embarked on a new literacy program which focused on the explicit teaching of phonics.

The final piece of the puzzle, Ms Webster said, was strategic support provided by the Education Department last year to improve comprehension and vocabulary.

Debate has raged for decades about whether children learn best by focussing on phonics – letter-sound combinations which involves sounding out words – or by being exposed to words through text.

Ms Webster said previously that her school was asking students learning how to read to think about what they were reading before they had any decoding skills.

“We were just seeing that our year 1 students didn’t have [phonics] under their belts, so because they didn’t have that grounding they were still guessing at words, trying to get it right for the teacher, as opposed to them knowing that it’s right ... or that doesn’t sound right let me try again,” she said.

“After we saw that we thought ‘we can’t go on like this’.”

Ms Webster said the school first targeted its kindergarten classes, making sure teachers were being explicit with phonics instruction and that students could do it.

“Then we started to spill that over into year 1 and 2, and then we started talking to the staff about the science of reading ... and the way that comprehension, phonics and word knowledge are completely interwoven,” she said.

Initially, not all teachers were convinced, but Ms Webster said the results made it clear it worked.

‘Through the roof’: How one school turned reading and writing results around (Sydney Morning Herald)