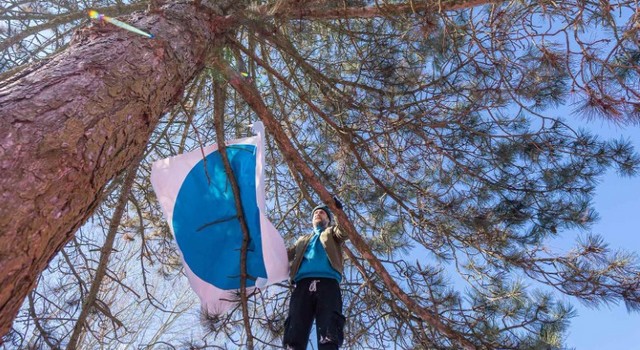 Helping the children of Ukraine

Every day through the war in Ukraine, there have been everyday heroes and local legends refusing to give up on children, UNICEF reports..

Doctors who’ve turned into cooks and carers for new mothers. Brave people spending their days delivering box after box of supplies that will save lives. Thousands volunteering at borders to make sure families are safe and welcomed.

A month ago, Sorin’s job was to talk to the public about what UNICEF does for children in conflict and disaster zones. But when thousands of Ukrainian refugee children began rushing into Romania for safety, he found himself directly on the frontline of that work.

Sorin drove for eight hours to reach the border with the goal to tell the story of Ukrainians on the move. But that job would change. Sorin took over the coordination of a ‘Blue Dot’ hub in Siret, Romania, one of the biggest border crossings in the country.

A Blue Dot support hub provides a safe, welcoming space to rest, play and simply be a child. UNICEF and partners have set up these critical safe spaces along borders in neighbouring countries for children and families fleeing Ukraine.

“There are kids that saw artillery, there are kids who saw bombs, they’re shocked, they don’t really talk," says Sorin.

“It takes them a really long time to get comfortable in a warm place, and the only thing that I saw that gets them talking or more relaxed is meeting friends or other kids that they know.”

As the Blue Dot coordinator, Sorin helps families move from one location to the next. He grabs a local SIM card for a mother, he finds the right local organisation to help another, he picks up the suitcases of another to help them into the warmth, he loads child tables into the playroom, he fields phone calls.

It’s a long way from his job as a Fundraising Coordinator, but as Sorin says “you make do with what you have.”

So far, our teams in Ukraine have reached more than 719,000 people with life-saving medical supplies, such as midwifery kits and essential medicines, in hospitals and maternity centres across the country.

“We’ve received oxygen concentrators, scales, protective gowns and gloves,” says Nataliya. “All of this will be used for women in labour, small children and premature babies who are currently under our care.”

We can’t stop the shelling or bring back a destroyed home but from right here in Australia, UNICEF donors are sending a lifeline to heroic health workers like Nataliya in Ukraine: tonnes and tonnes of medical supplies, surgical equipment, first aid kits and oxygen for the most vulnerable.

You can help send life-saving supplies to children and families. Please donate now.