Founded in 2016 by husband and wife team Michael and Tina Elias, Manrags started out selling men’s socks by subscription.

Back in 2018, it raised $360,000 through an Equitise campaign, before branching out into essentials for women too.

But, last year, the founders started “questioning our purpose as well as our impact”, Michael Elias tells SmartCompany.

They were proud of the quality of products they were producing, he explains, “but essentially they end up in landfill, because there’s no home for socks and underwear in this country”.

In September 2019, Manrags launched its sock recycling scheme, and in April, it expanded to offer a full direct-to-consumer textile recycling solution.

Now, the startup is partnering with a handful of brands, allowing them to offer the recycling service to their own customers, in what Elias calls “the Afterpay of textile recycling”.

Consumers pay $25 to have up to 10kg of textiles — no matter how well-worn or raggedy — collected from their door. That $25 can then be redeemed as credit for Manrags products.

The new eco-friendly initiatives have already translated into business success.

“People were advocating for us through buying products from us, as a result of the goodwill we were doing in terms of our textile landfill impact.”

In fact, some 43% of people who have used the recycling service have become repeat Manrags customers, he says.

“It was almost like our calling … When we do good, good things happen.” 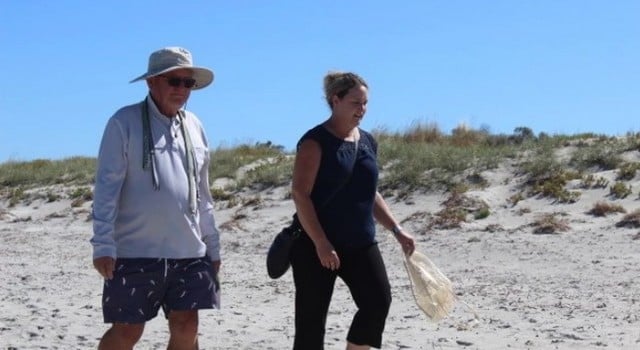