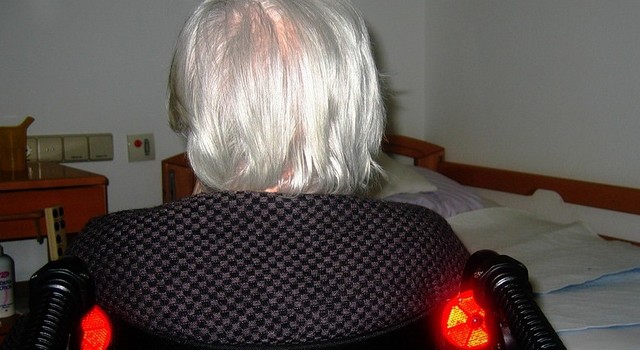 100 nights in a wheelchair

A 75-year-old woman slept in her wheelchair for 100 out of 162 nights because she’s too old to qualify for NDIS funding and she can’t afford a carer to help her out of bed every day, Hello Care reports.

“Sleeping in my bed has become a rare luxury,” the woman, who wishes to remain anonymous, told The Courier Mail.

“I have completely exhausted my personal savings gathered throughout my working life by paying for private overnight carers out of my own pocket.”

The woman’s plight is part of a new advertising campaign aimed at raising awareness about the 65 years of age eligibility cut-off for the government’s disability funding scheme, the NDIS.

“Disability doesn’t discriminate, but the government does,” is the campaign’s slogan.

Mark Townend is CEO of Spinal Life Australia, the organisation launching the campaign.

Townend explained to ABC Radio the campaign “Disability does not discriminate” is calling on the federal government to overturn 2013 legislation allowing discrimination based on age when it comes to NDIS (National Disability Insurance Scheme) funding.

“I don’t think the average Australian realises that you could fall over at a BBQ, and if you’re over 65 and become a quadraplegic or paraplegic, you’ll get very little help from the government,” he explained.

“We need the government to change the legislation so it doesn’t discriminate, no matter what the age,” Townend said.

He believes the discriminatory legislation is preventing as many as 30,000 Australians over the age of 65 from accessing the NDIS.

Too old for NDIS funding: 75-year-old woman sleeps in her wheelchair for 100 nights (HelloCare)