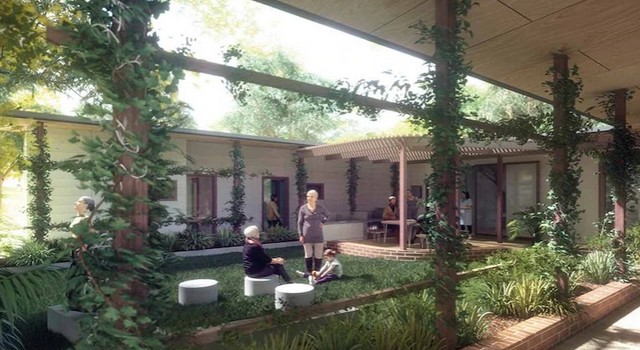 Maggie Shambrook had a successful career and single-handedly raised three children before being made redundant, ABC News reports.

Even though she has post-graduate qualifications, she was forced onto the Newstart allowance.

“I had no success in the private rental market because I was on Newstart. I applied for 30 properties and couldn’t find anywhere to live.”

Ms Shambrook now rents the downstairs area of a house, but says it is not “a long-term solution”.

Her story is an all too familiar one for older women who are recognised as the fastest-growing cohort of homeless people in the country.

Ms Shambrook said the amount of super available to women was “precious” because it could help supplement a fixed income, like the aged pension.

“To spend it all on rent is devastating really,” she said.

Facing a soaring rental market and no hope of ever owning her own home, Ms Shambrook and several other women turned to the newly formed foundation Sharing With Friends.

The organisation, which is currently applying for charitable status, aims to provide an opportunity for women to buy into an affordable, custom-built home.

The prototype is designed to fit on an 800-square-metre suburban block of land provided by the charity.

The architect behind the design, Eloise Atkinson, said the challenge was to balance the cost with liveability.

The idea is that five women each invest $120,000, which pays for the construction of affordable purpose-built accommodation consisting of five private living quarters, with a communal laundry, library, and garden.

“It set up a number of conversations about what the women are prepared to share and what do they need to have as private space,” Ms Atkinson said.

“Even if you get five women together, you’ve got five different sets of priorities and compromises in working through that.”