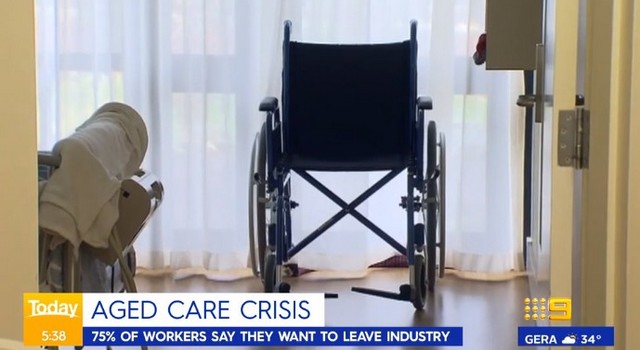 Less than half of all aged care providers expected to have applied for an $800 worker bonus have done so, despite the scheme starting more than four weeks ago.

The Federal Government announced on February 1 that it would award aged care workers bonuses of up to $800, to be paid in two separate rounds of up to $400 each.

To receive the money – dubbed the "Aged Care Workforce Bonus Payment" – eligible employers need to apply to the government on behalf of workers and then pay the bonuses direct to them.

The scheme opened to applications from employers on March 1, with the government "encouraging" employers to pay the bonus at the same time they lodge the application.

In a statement to 9news.com.au, a spokesperson for the Department of Health said the rollout of the payments was proceeding as expected despite less than half of employers having made an application.

Last week, a United Workers Union survey of more than 1000 aged care workers found that 97 per cent had not received their bonus.

The amount of the bonus given to workers depends on whether staff are working in residential or home care and is prorated based on the number of hours they work.